Despite starting on Macintosh computers, Avid focused their non-linear video editing programs on Windows systems after stiff competition from Final Cut Pro. But now they're coming back around, with Avid introducing their first iPad version of the Avid Studio home editing software, a miniature version of their industry-geared Media Composer. It will be directly competing with Apple's own iMovie for iPad. 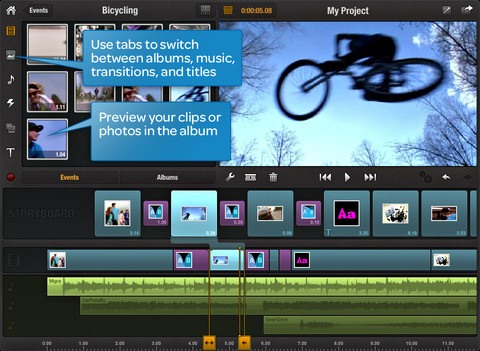 It's the first frame-by-frame video editing app for tablets, which is easy enough for first-time editors, yet sophisticated enough for more advanced professionals. You can work with videos, photos and audio files in your iPad library, or you can import media from iTunes, cameras, and more. 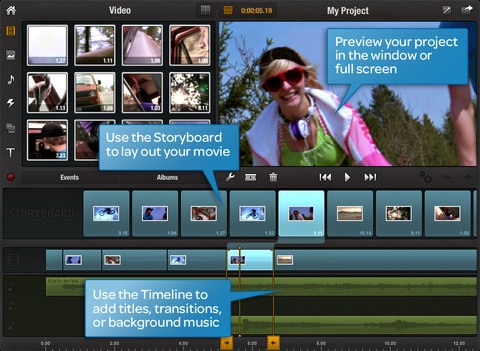 Avid Studio is definitely looking like one of the best video editors on the iPad. There's a Storyline for adding clips, Timeline for making video and soundtrack edits, and tons of transitions/effects. 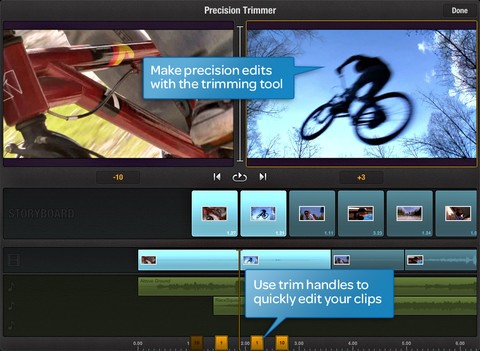 Also, you can share your movie masterpieces directly to YouTube or Facebook, and you can export your projects to Avid Studio on your PC for more advanced editing. But that doesn't mean you have to have Avid Studio. You'll be fine with just your iPad. 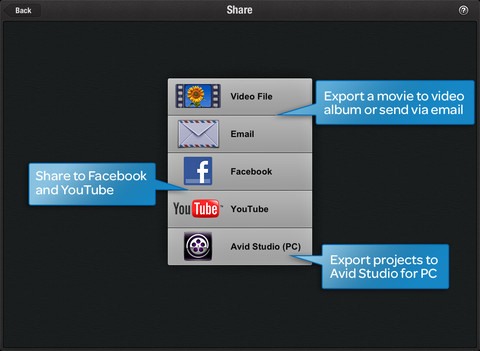 Right now, Avid Studio for iPad is going for an introductory price of $4.99, so get it while it's cheap. After that, it's said to go up to around $8.

Looks cool. The precision trimming tool is a must. I have to say, trimming clips in iMovie on the iPad (and especially on the iPhone) is quite frustrating. It's hard to get it to start moving, and then once you start to scroll (after it "zooms in" to your timeline), it leaps very quickly to the side, making it hard to stop where you want to.

Any serious editing on the iPhone would no doubt be frustrating. Probably one reason why Avid's is iPad only.

Subscribe to the AvidStudioPro YouTube page to get notified everytime we upload a new Avid Studio video tutorial.