Panasonic announced an interesting concept today that could advance millimeter-wave radar technology for automotive safety uses in detecting pedestrians, bicyclists, and other motorists.

Regardless of how attentive one person is while driving, it's impossible to see everything on the road, especially in low-visibility conditions. Panasonic's new technology aims to fix that problem with their radar system, which is able to detect pedestrians and other vehicles at intersections in regular or low-visibility environments such as rain, snow, fog, nighttime, or blinding sunlight. 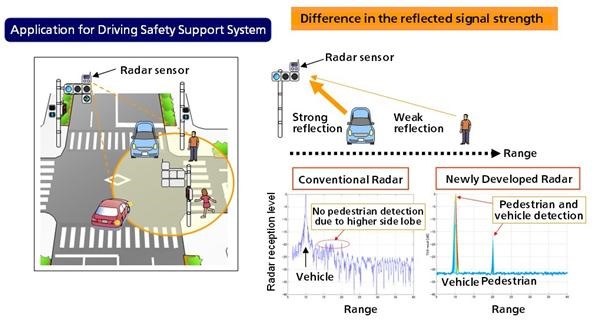 I remember seeing this in one of Panasonic's Technical Journals from late last year, mainly because they seem have the same artist. 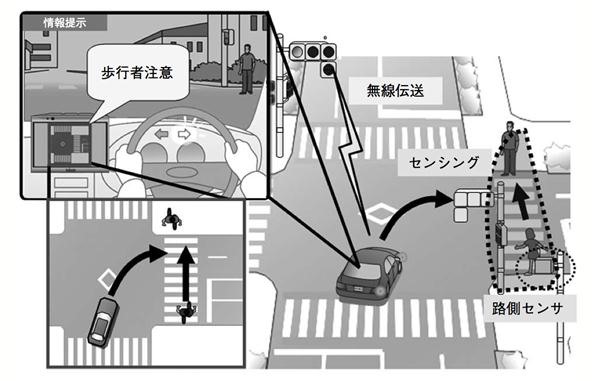 Though still unclear as to the method of communication from the infrastructure-mounted radar system at traffic lights in the intersection, the main idea is that the sensors will alert drivers of possible collision situations of up to 40 meters away, no matter the weather conditions.

I cannot count how many times I've almost turned into a speeding bicyclist that popped out of nowhere, nor how many times I've almost been hit on my bike in the opposite situation. Accidents at intersections account for nearly half of traffic fatalities each year, so this is obviously a good concept. But why limit this technology to intersections? Why not pop this system in the vehicles themselves?

Millimeter-wave radar technology already exists is some vehicles, but is usually limited to the vehicle's front, as in Volvo's V60 and S60 vehicles equipped with "Pedestrian Detection", which brakes automatically when a collision is about to happen. Toyota is also working on their own version of imbedded MMW radars.

"However, these radars cannot detect human body with high resolution due to very weak radar reflection of human body," Panasonic states in their press release. "In addition, an optical camera is commonly used as a traffic surveillance sensor. However, it cannot work well under certain conditions such as nighttime because it can provide almost the same information as the human eye can capture."

But why isn't Panasonic trying to incorporate their version directly in a vehicle, providing a 360 degree view around the whole car? Minus Volvo's auto-braking feature, which could obviously cause problems. Freescale is already on the right track with their automotive radar millimeter-wave technology. 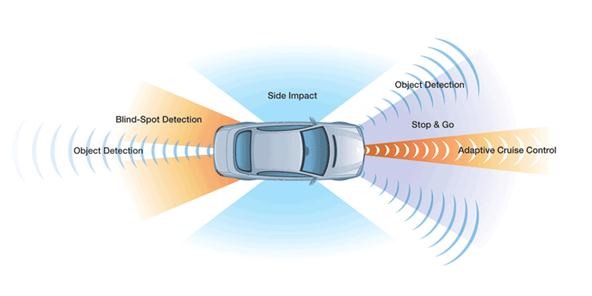 What do you think of this new application of millimeter-wave radar?