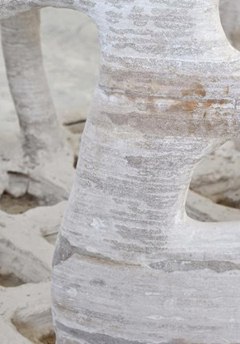 Architect Enrico Dini is an innovator in the world of 3D printing. Dini is racing to produce the first marketable printer that can print full scale structures on site. Development has been seven years in the making (which has left him nearly bankrupt, and cost him his marriage).

"In a small shed on an industrial park near Pisa is a machine that can print buildings.

The machine itself looks like a prototype for the automotive industry. Four columns independently support a frame with a single armature on it.

Driven by CAD software installed on a dust-covered computer terminal, the armature moves just millimetres above a pile of sand, expressing a magnesium-based solution from hundreds of nozzles on its lower side. It makes four passes. The layer dries and Enrico Dini recalibrates the armature frame. The system deposits the sand and then inorganic binding ink. The exercise is repeated. The millennia-long process of laying down sedimentary rock is accelerated into a day. A building emerges.

This machine could be used to construct anything. Dini wants to build a cathedral with it. Or houses on the moon." (Read more). 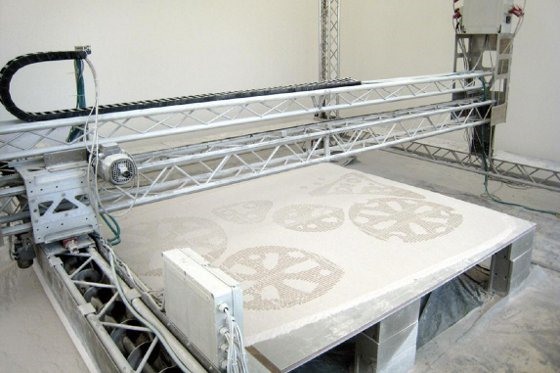 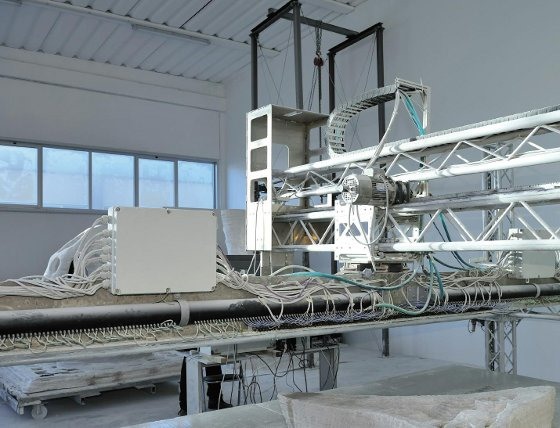 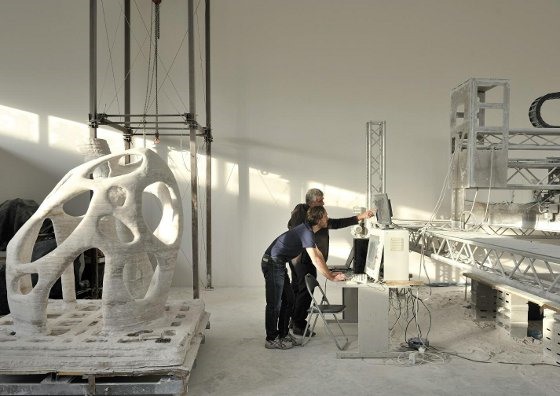 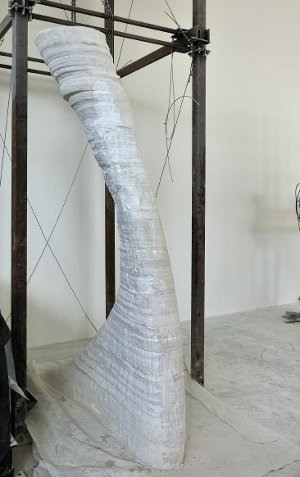 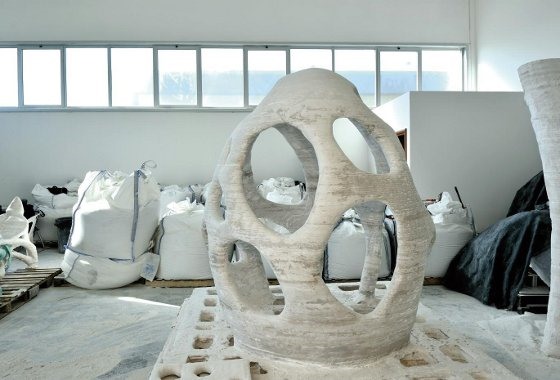 3D modeling has made it possible for architect to produce 3D models and images of their drafts and plans. With new technologies companies can own their own 3d printer and produce 3d models right in their office, saving significant time and money

In near future sculpting is just a matter of using 3D Modellers software, rite?

I doubt this thing could actually print a building. It's one thing to print structures that get narrower from bottom to top, but if this thing were to print four vertical walls, it would have nothing to support the middle of a roof (or 2nd floor for that matter). The moment it got to the ceiling, the particles it printed would simply plummet to the floor.

I will be interesting to see how this exactly works.
I don't think printing is the right word.