No longer do you need to crowd around your tiny smartphone to watch a funny YouTube video with your friends. If you've got a display nearby with a web browser and internet access, you can take control of it with your mobile device for free with the new Clik app.

It's simple. Just open up a browser on any nearby screen—computer, television, whatever—and go directly to clikthis.com. You'll see a huge, unique QR code instantly displayed. Open up the Clik app on your device and point your smartphone's camera at the code. It scans the code and pairs your device with the display. And that's it. Now you can play all of the YouTube videos you want on the big screen (or at least... "bigger" screen). 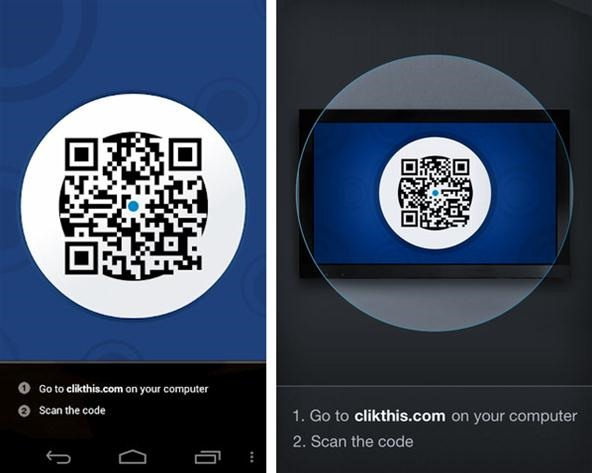 It's the easiest YouTube remote out there. You can start, stop, search, browse, add favorites, and turn the volume up or down, without any additional software—just the app. Plus, multiple phones can be connected to the same display at the same time with its multiplayer mode. 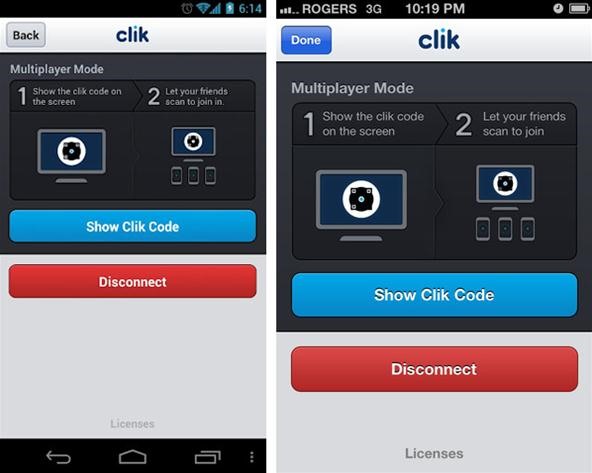 And there's no lag, because you're not using Wi-Fi to stream any content from your phone, the Clik app is just requesting the on-screen browser display the content of your choice from its own broadband connection.

It works for any display controlled by a computer, Boxee Box, etc. with internet access and a web browser. But in order to watch the videos, Flash is required, which would kill some internet-ready televisions with browsers built-in. Right now, it only works with YouTube, but it's foreseeable that other video sites will jump on board, possibly Hulu and Netflix. Eventually, it could be used for games or photos, which is worth waiting for.

WOW! Where did you find this? I will be making use of this. :) Thanks.

No problem. Hope it works for you!