Missed the holiday tablet sales? If you were hoping to grab a cheap BlackBerry PlayBook, you're in luck. All of the PlayBook models have been reduced to $299 in a limited-time sale by Research in Motion. But you better hurry, because the sale only lasts until tomorrow (February 4th). 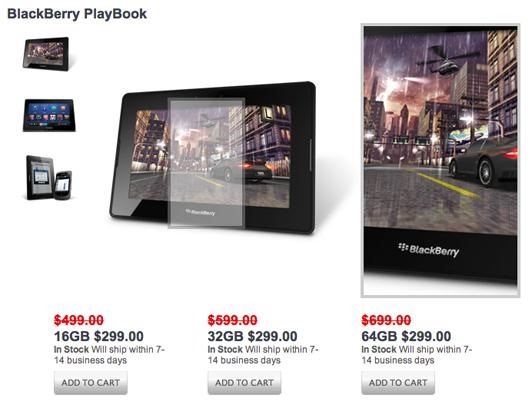 The units weren't doing well at full price, but saw a little improvement after RIM and major retailing outlets discounted the 16 GB to $199, the 32 GB to $299, and 64 GB to $399 during the Black Friday sales. But still, sales aren't meeting expectations at RIM. With the current deal, all PlayBook models on RIM's website are going for $299. It's a bargain if you're looking at the larger 64 GB model, but maybe not so great if you want one of the other two sizes. Could RIM be dumping the PlayBook altogether soon, à la TouchPad?

To grab a PlayBook before the deal ends tomorrow, visit the BlackBerry Store online.

Get the Gadget Hacks Daily

Our latest smartphone hacks — straight to your inbox.