No matter if you've used one or not, you've got to admit that 3D printers are pretty darn awesome, especially the self-replicating ones that extrude molten plastic and the shoebox-sized versions that use mesmerizing stereolithography to build tiny objects layer by layer. But what's even cooler? A solar-powered printer that uses the sun's energy to melt sand and make 3D objects out of glass.

In any desert around the world, there are two elements that dominate—sun and sand. In other words, energy and material. Markus Kayser's printing project explores the potential of desert manufacturing with the Solar Sinter, a 3D printer that "combines natural energy and material with high-tech production technology." 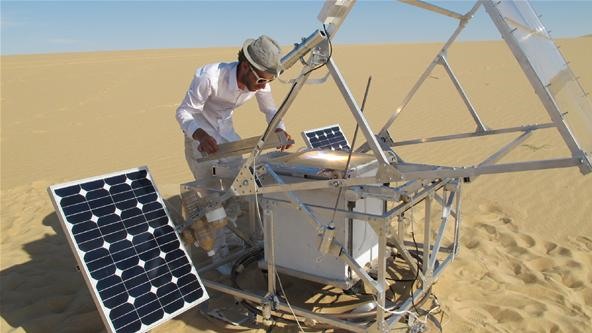 This type of prototyping 3D printer utilizes a process called SLS (selective laser sintering) which uses lasers to convert powdery substances (plastic, resins and metals) into very precise 3D solid forms, based off computer-drawn three-dimensional designs. But the Solar Sinter is much more fascinating, using the sun's rays in lieu of lasers and sand instead of powdered resins. 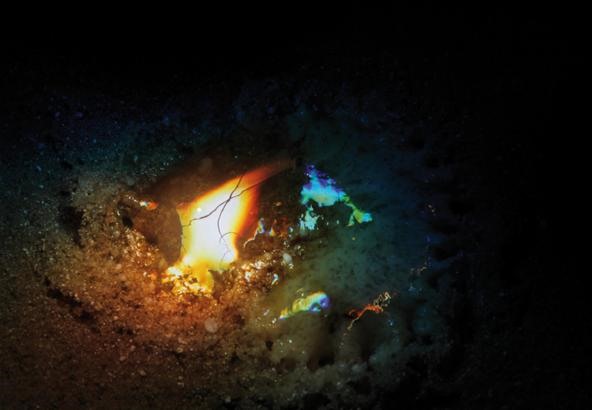 When heated to the melting point and then cooled, silica sand solidifies into glass form. 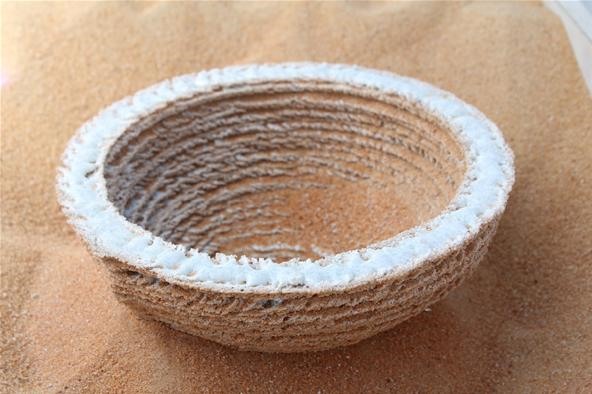 Check out Kayser's fully-automated computer driven version of his solar-sintering machine in the video below, demonstrated in the Sahara Desert near Siwa, Egypt.

The Solar Sinter is by far the coolest 3D printer I've ever seen. No doubt about it. But that's not all that came from Kayser's ingenious mind—the inspiration for this project came from his previous solar-powered machine, the Sun Cutter. It's a low-tech device that "uses pure sunlight,
focused by a ball lens, to repeatedly cut programmed shapes in up to 0.4mm thick plywood as well as paper and card."

As the surface moves under the magnified light it cuts 2D components just like a laser. Amazing. 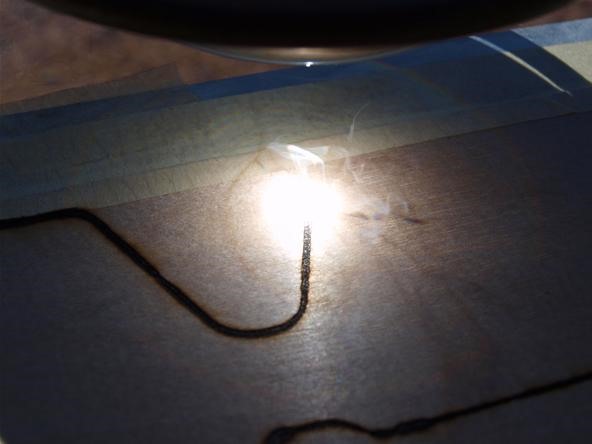 "Each pair of sunglasses made, even though very similar in shape, is still unique, creating a juxtaposition between the machine-made, repetitive and individual, unique object." 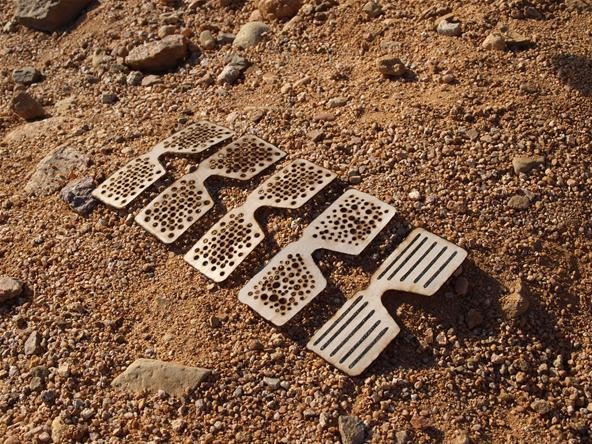 For more information and photos of the Solar Sinter and Sun Cutter, visit Markus Kayser's website. 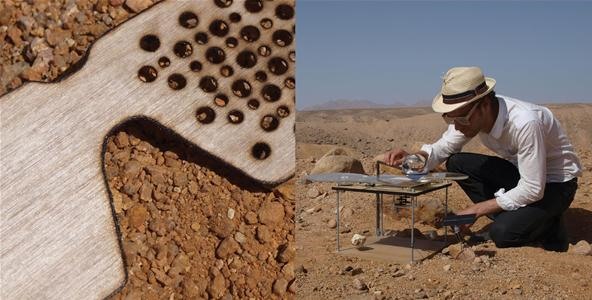 I would have never in a million years thought of that.

Wow this is awesome! I love how people are becoming so creative and thinking outside the box. I believe renewable energy and reusable materials are so important. That's why I like 2BOT, a 3D printer company. One of the materials the machine, the ModelMaker, uses is wax, which can be reusable.

nice reminder of the power in fresnal lense!